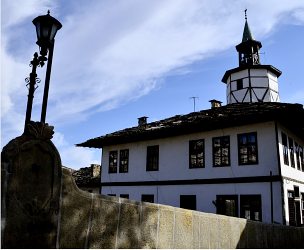 The legends tell that high in the Tryavna Balkan a long time ago, the summer palaces of Asenevtsi – the royal dynasty that founded the Second Bulgarian Kingdom at the end of XII century- were located. Herds of wild horses grazed at will the lush grass of the vast meadows. But nobody knows when the first people chose this place to be their home.

A document shows that the year 1565 was the earliest certain date of settling of free people in the “Taravna place”. Their obligations were to guard the pass through the mountain from brigand raids. The tax reliefs for those so called “harbalii” attracted new settlers in the next years and the population grew. That is how Tryavna was founded.

During XVII – XVIII century there were already craftsmen here. The people of Tryavna demonstrated their skills as masters of several crafts – kazaslak, woodcarving, iconography, construction. With the last three they created their own style of work and founded the oldest Revival Art School in Bulgaria - the Tryavna School. It existed from the end of XVII – the beginning of XVIII century to the end of XIX – the beginning of XX century, when the European goods became the standard and took some of the authenticity of the Trayvna craftsmanship.

However, heirs of these craftsmen still keep the flame of the Revival art. 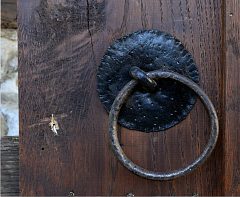